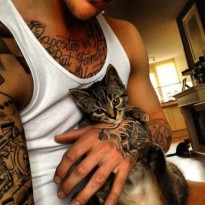 Loved it, loved it, loved it. I think this is the most satisfying read of the whole series. Dan finally is able to communicate his past and the dinamics between the three of them is perfect. A must read part if you are reading the principal books.

This is the history of how begins the relationship between Jeff and Evan, hot and lovely read.

In this short history we have a glimpse of how awful was Dan's youth, It's heartbreaking and it give us the idea of why Dan has his apprehensions. The writing is different from the rest of the books, in second person, perfect tense, giving the feeling that the reader is inside Dan's mind.

I've been very surprised with this book, in the good way. I wasn't expecting the high emotional and painful level that happens in the first 1/3 of the reading, and after that the history setles in the atraction between 3 men that grows during the whole book , giving it a lot of sexual tension that is mantained til the end. I really liked the MCs, Jeff the most.

“People say the dog is like part of the family, right before they get rid of it because one of the real kids gets allergies.”

“Jesus, Dan, do you bathe in fucking pheromones or something?”

“Justin used to say that Dan was a good lover because he was so used to being in tune with another body.” BTW I Love You 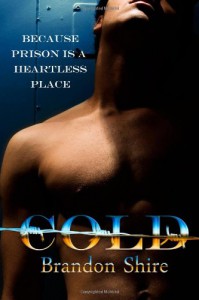 “What about us, right here and now?” Anderson asked, feeling slightly wounded by his words. Lem cupped the side of his head and ran his fingers through his hair. “A false spring,” I've been very pleased that this history has been from Justin POV. This takes place before the first book and tells how Justin and Dan met, and how Justin struggles to have a relationship with Dan,not only a sexual one.
I liked it a lot 4 1/2 stars. I really loved this history.
A wonderful trip through the life of two sailors who fell in love in the second world war, and takes place till 2011.
This is the second Kaje Harper book that I've read and it hasn't dissapointed me, Full Circle was amazing too.

Wonderful and emotional history. I couldn't put it down, I read the three books in a row, and I am glad I could wait til the book 3 was released, because the end of the book 1 and 2 was a heart attack. ;) Chris is been a great a character all along the whole series, very funny and laid back, the best straight friend of Justin and Dan. Did I say straight? Well in this short history we'll see if Chris has a mere curiosity or wants to change sides. I always thought that this was going to happen, but maybe with another character. I thought that maybe something was going to happen between Dan and Chris, or that they were going into a foursome :))

Very enjoyable short, hotphone involved, reading , and at difference of the other books this is written in first person. This second book of the Dark Horse series was a complete struggle of how to get into a real relationship where three persons are involved, It's how to make to work a polyamory history where nobody wants to be wounded or damage the feelings of the other.

Well, I enjoyed this a little less than the first one, the continuos introspection of Dan sometimes gets me a little bored, but it's a great read anyway. My only complain is that we only can see the Dan POV and I wanted to know the feelings and thoughts of Jeff an Evan, why they want and need Dan in their relationship so much?

Maybe I'll get the answer in the next one:)

Interludes (In The Company of Shadows, #2.5) Wow. Interludes has been so so good. I liked more the plot of Evenfall, but this one give us glimpes of what is going to be Fade, discovering some of the misteries and black holes involving the Agency, things that at the moment seemed that the authors were mindfucking with the reader.

The diversity of the chapters made the reading more interesting much more dynamic and entertaining, there are much more action and dialogue and less introspection.

The evolution of the relationship between Boyd and Sin is fantastic, perfect, with moments of extreme sexual frustation, begining with a lot of miscommunication that goes being solved slowly while they began to trust in each other again, and including their deserved time together <3<br/>

B: I love you more than I´ve ever loved anyone. It,s been hell trying yo keep myself away. I would do anything for you. And if I could have anything in the world right now, I would be in a relationship with you

I really liked Ivan, his relationship with Sin being sincere and straighforward, his hate against the Agency make me think if he will help in the future, and he has made me suspicious if he has some relation with Boyd due to their similar look, I want to see more of him in Fade.

Emilio continues being a charming and selfish badass
C: "Stop looking at me like you want to fuck me" E: "But I do want to fuck you"
C:" I said what. the. fuck. Not 'want to fuck', you idiot" E: " Your loss"


I always though that Emilio was under the raid and the murder of Connors, when Vivienne gives the indication to Sin to no interfere, but then she must know it from the begining and she hasn´t tell to anyone, I don´t know what to think about her at this moment. I really want to know what happened in her life to act this way with her son, I hope there is an explanation.

The end let me very worried and craving to begining Fade like NOW, the mission that have being given to Boyd seems terrible and the broken relationship between Emilio and Carhart disheartening.

I hope that in Fade the fucking Agency is blowed away , only dreaming :)
PREVIOUS NEXT
1006 BOOKS
Goodreads